Articles on our site

Articles on Pound and Italy 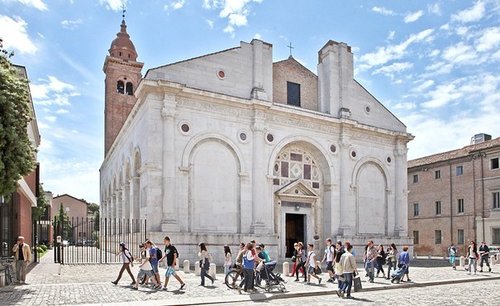 While Professor Bacigalupo of Genova will not be new to readers of Pound, his selection from manuscripts for The Cantos brings welcome news in the form of choice passages from papers at Yale’s Beinecke Library and several other sources, arranged in eight phases of the poem’s composition, including the Italian cantos from 1944-1945.  Pound’s way of piling up drafts for his ongoing harvest of gists was abundant and practical, but seismic shifts of the historical ground beneath him made of his granary a grand array of ruptures.  Not only did World War I and its aftermath largely erase the cultural context for the first thirty cantos; the collapse of Mussolini’s regime in World War II, the detention at Pisa, the de facto incarceration in Washington, and the prolonged twilight after Pound’s return to Italy, made even the his witness as ego scriptor an affair of fresh starts and geological renewals.  Therefore the beauty of an augmented view of this discontinuous poem, the Alps in Basil Bunting’s phrase, which by the same token embraced perforce the sinclines of uncontrollable upheaval.  Pound’s text as printed incorporates these; his workshop shows their finer jumble, and indeed a huge talus rockslide of stuff he wanted to pick through on his re-ascents of the slopes.  As someone who has looked at the Beinecke’s manuscripts for the first thirty cantos, I can attest to Professor Bacigalupo’s acumen in picking out good stones.  The early, supplanted Three Cantos appear here--posthumous in that they were reprinted only after Pound’s death-- as do telling selections from the global, aborted  paradiso of 1944-1945, Scotus Eriugena and Cunizza consorting with Gautama and Confucio--“Il Sole grande ammiraglio conduce la sua flotta / nel suo gran péripolo, / conduce la flotta sotto i nostri scogli”--bits of their phrasing soon to be jolted by trauma into the English of the Pisan Cantos.  The selection of drafts for Rock-Drill preserve Pound’s own title for their appearance in Italian, “Prosaic Verses” or “Versi Prosaici.”

Texts appear in English and Italian on facing pages, with care for the niceties of bilingual navigation (for example, the inverted commas added on p.141 in translating Pound’s comment on an 1815 account in the Gazzetta di Genova of Napoleon’s fall and return, paralleling Mussolini’s in 1943, which alert Italian readers to Augustan allusion: “which to the genovese mind showd zeal; but / scant knowledge of the ways of the human heart”).  The endnotes and introduction guide readers, whether Poundisti or curious visitors, over this crevasse-rich  terrain with a sure hand.    [438]

A personal note, which some of my readers may register as communal.  Working through these selected drafts, I found spiky addresses to the current USA Metternich-like war to impose order will-nilly on others, and impose it while being carried on the backs of other nations to the tune of an astounding debt and selling the world most of its weaponry.  The ignorance of such facts and their precedents was Pound’s subject.  Some of these gists, then.  From the years in Rapallo and Venice, 1928-1937, on the effects of debt commercialism or ‘Geryon’: “under his shadow is quiet, cometh their stupor, / then death of the spirit” (p.102); from the war years: “all that we know of things is their sequence / what precedes and what follows” (p.128, which one may stitch to the non-thing poetic of p.166, “Dante / sense / not the thing but the time”); from Pisa in 1945: “as some Jersey City by Lethe ... / the continuity of the gun sales” (p.204); and finally from the Rock-Drill phase in Washington: “a bad thing to have an abstract idea of a senator, / worse for a writer, but a bad thing for anyone” (p.226).  While Professor Bacigalupo did not set out to underline such relevancies, his selection lets anyone find them for themselves, and in so doing know more than one sequence at time.  He has opened a new trail into the Alps.


“A Certain Concordance of Size”: Pound’s Venice in The Pisan Cantos

Venice is not, despite Pound’s obvious infatuation with its beauty, the Venice of postcards. Nor is it a source of soulful regret, nor a haven of delight, nor a place of decadence, so much as it is a shimmering matrix “taking light in the darkness” (26/121), a paradiso terrestre that comes into being before our eyes, as it does for the poet. Though lacking, perhaps, the Vorticist energy of Pound’s London poetry before World War I, his portrait of the “visual culture” of Venice beginning in canto 3 comes across less as a picture recalled (Wordsworth-style) than as an image finding its own form: Pound frequently presents the city with Imagistic immediacy. Then in the “middle” cantos, including cantos 25, 26, and 35, Venice is more often portrayed as a center of mercantile exchange – “luogo di contratto” (35/175) – seen in contrast to, say, Siena, home of the Monte dei Paschi bank.

But in The Pisan Cantos, Pound’s evocation of Venice loses its Eleusinian nature, when, instead, he catalogues churches, campi, restaurants, canal corners, conversations, and art works by their specific names, usually drawn from his direct experience of them, as he recalls them from a distance of both time and place. While the specificity of the Venice of The Pisan Cantos may at moments strike readers unfamiliar with Pound’s life as obscurely personal – suggesting a poetry of mere “self-expression” counter to the poetics of masks so prevalent earlier – what Venice really provides is an opportunity for metonymy, with an economy and fidelity of expression that allow each phrase or image to project “the depths of life” (to recast Eberhart’s phrase).


Ezra Pound and his Italian Critics

Since no consensus has yet been reached regarding Pound's ultimate position in the literary Hall of Fame, and since the personal destiny and the literary career of the poet have been intricately linked with Italy and the Italians, critical opinions on Pound voiced by prominent Italian authors require special attention of Pound scholars. Clearly a poet of Pound's stature should not be limited to one national literature. (Indeed Pound had tried to broaden the scope of comparative literature long before academic institutions recognized its relevancy.) As Donald Gallup has deftly demonstrated in "Section D" of his Bibliography of Ezra Pound (London, 1963), Pound's writings had already been translated into twenty languages years ago. Significantly, of the 246 items belonging to the section of "Translations," 113 are listed under the sub-heading "Italy."

This agile and quick-to-read Italian book gives us a glimpse into the exchange of letters and postcards between Ezra Pound and one of the less-famous, or less-popular, but indeed significant Italian authors of the 1920s in Italy: Enrico Pea. It was Pound in fact who having read the first part of Pea's long novel, «Moscardino» personally asked for permission to be his «reverse» translator from Italian into english (!). That was in June 1941. Pound lived in Rapallo and sent Pea his request, starting a correspondence that stretched from the summer of 1941 to the summer of 1958 (with a significant hiatus due to Pound's detention in Coltano and internment at Saint Elizabeths Hospital in Washington D.C.), the year of Pea's death in Forte dei Marmi (Lucca). Indeed, sadly, the last postcard from Pound reached Pea's home just the very day that the Italian writer died.

The author and editor, Barbara Patrizi, started this work as a dissertation at the Università di Pisa, under the supervision of Prof. Angela Guidotti, and searched into the two repositories of Pound and Pea correspondence: the Fondo Enrico Pea by the Fondazione Primo Conti (Fiesole, Florence) and the Ezra Pound Archive of the Beinecke Rare Books and Manuscript Library, Yale University; from these sources came the 37 documents (letters, telegrams and postcards, mostly unpublished) that are the corpus of Pea-Pound correspondence around the translation of «Moscardino».

«Ho tradotto Moscardino di Pea: la prima volta in vita mia che ho avuto l'impulso di tradurre un romanzo.» (Carta da Visita, E. Pound) Pound characterized the effort to translate «Moscardino» as a «LAV-bloody-ORO!»; however, this series of documents reveals not only the translation process in Pound's mind, but brings to light the making of a friendship between the poet and a novelist deeply rooted into realism and a local idiom - the versiliese - that stirred Pound's curiosity for new languages and new ways to expression. From the beginning Pound admired Pea and his world of workers, farmers, outsiders and young people from rural Italy. Pea, on the other hand, treasured the fact that a «vate» like Pound was translating his long novel:

Pound for his own part revealed his brisk and literary bravura in searching English terms for Pea's idiomatic terms like «canterale», «battima», «sguvire», «botro», «lattime» everyday words from the daily life of Italian peasants. Barbara Patrizi did well to remark that the resonances of these terms, the imagery, and even Pea's friendship flowed in the mare magnum of the Cantos - (LXXX, LXXXVII). Pound used Pea's vocabulary as a gym to enrich his own metaphorical skills and cultural references. Truly Barbara Patrizi discovered that this exchange and even some visits paid by Pound in Viareggio were more than a building site for translation; rather a way to enter into traditions long remembered - as the devotion paid to the «Volto Santo» in Lucca, whose legends interested Pound in 1956, although Pound himself didn't know how to use those vernacular materials:

Pea's and Pound's friendship was also the occasion for Olga Rudge, Vanni Scheiwiller, Aida Mastrangelo, D.D. Page, Luigi Berti to weave a net of interests and activities related to  «Moscardino» and Pound's efforts to achieve also a small incentive from the enterprise:

«Even translators have to eat. The Mastrangelo was here today. I don't know how much she understood. But people who have to earn a living can not indefinitely do under paid work [...] And it is not a job you can give to the shoemaker.» (1950, february 21th).

Pound and Pea exchanged as gifts their respective books, like «Carta da Visita» and «Vita in Egitto» as well as their photos. We have just to complain a bit about the quality of pictures included.

The more casual reader of this book may be curious about a literary meeting between two writers, artists, scholars: the brief biographies of Pound and Pea at the end of the volume may be used as quick reference. For Pound scholars and aficionados it may be the opportunity to rediscover new sources for the linguistic inspiration of Pound's poems and the literary milieu of Italy during the middle decades of twentieth century.