Violinist Leslee Smucker, is an active performer, collaborator, artist, and teacher. Her interest in the combination of arts impacted the creation of many inter-art projects, including Fantaisies en Spirale, which was performed at Association Philomuses in Paris. Her program Personae, based on the unknown music of the poet Ezra Pound, was premiered at the 37th Annual Meeting of the T.S. Eliot Society at the Auditorium Teatro della Clarisse in Rapallo, Italy. Her subsequent album--also entitled Personae--was released on the label Gega New in April of 2017 and will be released on Naxos Direct on August 4, 2017. Dr. Smucker has several academic pursuits, including an upcoming publication in the Ezra Pound Edinburgh Companion to the Arts. She was the winner of the Concerto-­Aria competition at Goshen College and has received several Dean’s Grants at CU Boulder. Recent performances include a number of solo appearances with the Maple City Chamber Ensemble and University of Colorado Campus Orchestra. Leslee holds a Doctorate of Musical Arts from University of Colorado Boulder, two master’s degrees (performance and chamber music) from the University of South Florida, as well as a Bachelor’s degree in music and a minor in art from Goshen College. Her teachers include Harumi Rhodes, Lina Bahn, Carolyn Stuart, Monica Germino, and Solomia Soroka. 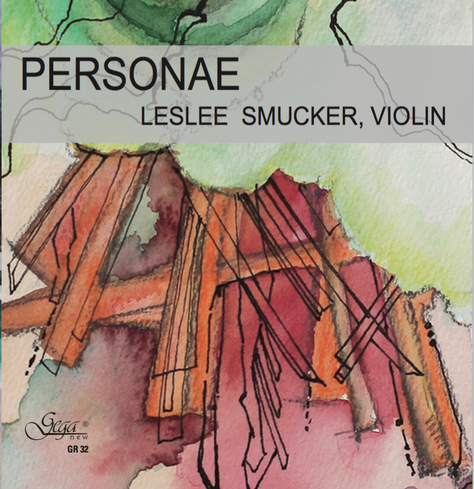