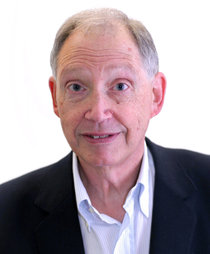 Building on the work of 19th-century and early 20th-century art historians Ernest Fenollosa and Laurence Binyon, the 20th-century American poet Ezra Pound became fascinated early in his career with the Buddhist Bodhisattva of compassion, Kwan-yin, and in his poetry assimilated her image along with that of the Western image of the Virgin Mary into a composite symbol that attempted to fuse Western and Eastern religious iconography. Pound even attempted to link this image to the writings of Confucius, which he spent many years translating. Unlike his predecessors, however, Pound was less interested in Christianizing Kwan-yin than in appropriating distinctive elements of her religious attributes in his own poetic landscapes. Among these elements the most important were Kwan-yin's traditional iconographic associations with a vessel of pure water, the lotus, the willow branch, and the moon. We see Pound's most powerful renderings of these symbols in the masterpiece he wrote in an American prison camp at the end of World War II, the Pisan Cantos. But they are even clearer in early manuscript versions of the poem (written in Italian and then in English) than they are in the final version of the poem. These still only partially published drafts elaborate the traditional iconography of Kwan-yin into a vision of the feminine qualities of heaven's compassionate intercession and the healing power of nature that is at the same time multi-cultural and deeply personal. This essay is the first to examine Pound's treatment of Kwan-yin in the unpublished drafts of the Pisan Cantos (both in the fragmentary Italian drafts he wrote before the war ended, and in the manuscript draft of the English poem itself), and it uses the drafts to elucidate both Pound's understanding of Kwan-yin and the meaning of some of the most important passages in the poem as it was finally published.

Oxford: English Faculty Board and Board of Graduate Studies, Chair of the M. St. Examinations Board, Rothermere Institute Executive Committee,

Vol I. Prolegomena: The Composition of The Pisan Cantos.

Ezra Pound and the Ideologies of Modernism: Essays on the Major Poetry (Contract, OUP)

(With Erik Tonning) The Correspondence of Ezra Pound and the Frobenius Institute 1930-1959 (Contract, Continuum)

The Genesis of Ezra Pound's Cantos. Princeton UP, 1977.

1. Claiming the Stones/Naming the Bones: Cultural Property and the Negotiation of National and Ethnic Identity in the American and British Experience. Eds. Elazar Barkan and Ron Bush. Getty research Institute, 2002.

-- Birth of whose nation? /Jonathan Arac

Cultural property such as works of art monuments, literature, sacred remains, and traditional practices can create a profound sense of communal belonging, yet nothing illuminates the ambiguities of group identity more powerfully than conflicting claims to such material. This volume addresses current controversies over various kinds of cultural property from the perspectives of archaeology, physical anthropology, ethno biology, ethnomusicology, law, history, and cultural and literary studies. Its fifteen essays focus on tangible, unique property such as the Parthenon Marbles and the Kennewick skeleton where disagreements over custody have prompted debates about repatriation and restitution; intangible property such as the patterns of Maori tattoo whose appropriation has instigated calls for indigenous licensing and control; and figurative "representations" such as Philip Roth's portrayal of American Jewishness that have provoked both censure and censorship.

2. The Prehistories of the Future. The Primitivist Project and the Culture of Modernism. Eds. Elazar Barkan and Ron Bush. Stanford UP, 1995.

-- The Presence of the Past: Ethnographic Thinking/Literary Politics / Ronald Bush

-- The Moment of Prestidigitation: Magic, Illusion, and Mana in the Thought of Emile Durkheim and Marcel Mauss / Vincent Crapanzano

-- In a Glass Darkly: Photography, the Premodern, and Victorian Horror / Joss Lutz Marsh

-- Travel Engravings and the Construction of the Primitive / Christopher B. Steiner

This volume reconsiders primitivism and modernism, emphasizing an earlier chronology than has been conventionally accepted and showing how ethnographic materials shaped a variety of high and low discourses (ethnology, social theory, gender construction, and classical scholarship, as well as travel photography) at the turn of the century. Acknowledging the complexities, political and otherwise, of the primitivist project, the sixteen essays in this book suggest that primitivism has always been involved contested ideological forces and that the process seems to have generated a set of responses inseparable from what we have come to call modernism.

-- The price of modernism : publishing The waste land / Lawrence Rainey

-- The allusive poet : Eliot and his sources / A. Walton Litz

-- Eliot, Lukács, and the politics of modernism / Michael North

-- T.S. Eliot and modernism at the present time : a provocation / Ronald Bush.

The centenary of Eliot's birth in 1988 provided the salutary occasion for a fresh look at his life and work and a reassessment in light of issues raised by the various critical movements - the new historicism, feminism, reader-reception theory - that have succeeded the New Criticism, loosely subsumable under the rubric post-structuralist. The essays assembled here vary in approach, but they share a commitment to the discipline of history and an awareness that history can function as critique as well as celebration. Several contributors take issue with Eliot's self-presentation and include documents Eliot chose not to emphasise. Others address topics including the business of producing culture in twentieth-century writing, the impact of self-professed masculinist poetry on women readers and modernism's social vouchers.

"Art Versus the Descent of the Iconoclasts: Cultural Memory in Ezra Pound's Pisan Cantos." Modernism/Modernity 14 (2007): 71-95. Print.

"Pound, Emerson, and Thoreau: The Pisan Cantos and the Politics of American Pastoral." Paideuma: Studies in American and British Modernist Poetry 34.2-3 (2005): 271-92. Print.

"Science, Epistemology, and Literature in Ezra Pound's Objectivist Poetics (with a Glance at the New Physics, Louis Zukofsky, Aristotle, Neural Network Theory, and Sir Philip Sidney)." Literary Imagination: The Review of the Association of Literary Scholars and Critics 4.2 (2002): 191-210. Print.

"A Response to William Arrowsmith's Eliot." Literary Imagination: The Review of the Association of Literary Scholars and Critics 2.2 (2000): 171-81. Print.

"The Presence of the Past: Ethnographic Thinking/Literary Politics." Prehistories of the Future: The Primitivist Project and the Culture of Modernism. Cultural Sitings." Eds. Elazar Barkan and Ronald Bush. Stanford, CA: Stanford UP, 1995. Print.

"Pound and Li Po: What Becomes a Man." Ezra Pound among the Poets. Ed. George Bornstein. Chicago: U of Chicago P, 1985. Print.

"Yeats, Spooks, Nursery Rhymes, and the Vicissitudes of Late Modernism." Yeats: An Annual of Critical and Textual Studies 3 (1985): 17-33. Print.