Italian scholars and their work on Pound 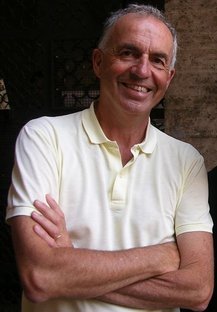 Professor of American Literature at the University of Genoa, Member of the Ligurian Academy of Sciences and Letters, and former President of AISNA, the American Studies Association of Italy.

He is the editor for American literature of the multi-volume Dizionario Bompiani delle Opere (2005),  and a contributor to the Oxford Companion to Italian Literature (OUP, 2002), Anglo-American Modernity and the Mediterranean (2006), T. S. Eliot and the Concept of Tradition  (CUP, 2007), Wallace Stevens Across the Atlantic (Palgrave, 2008), Ezra Pound in Context (CUP, 2010), T. S. Eliot in Context (CUP 2011), Will the Modernist: Shakespeare and the European Historical Avant-Gardes (Peter Lang, 2014), Ezra Pound and London: New Perspectives (AMS, 2015).

Massimo is co-editor of OBIPS - the Online Bibliography of Italian Pound Studies and Associate Senior Editor of Make It New, the digital quarterly of the Ezra Pound Society.

Pound studies around the world